Christmas traditions around the world on Santa Claus night

Santa Claus is undoubtedly a character known around the world by all children. Although his clothing is the mythical red and white cape, with a big white beard and blushing cheeks, what is different in each country are the traditions that are carried out the night Santa goes to visit them.

And, besides, Christmas traditions have changed over the years to what they are today, but not leaving aside the excitement, festivity and illusion of everyone, regardless of age and origin. Traditions vary so much that depending on the country Santa Claus visits on different dates, there are different symbolic elements or something special is given as a gift.

Below, we will show you some international traditions: 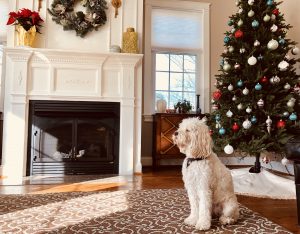 In Catalonia, Spain, families join together to ask a log covered by a large blanket for many gifts, but mostly Christmas sweets such as turrones or polvorones. In addition, a traditional song is sung while hitting the log with a wooden stick so that when the blanket falls from the blows, they can pick up their gifts.

Tradition has it that Krampus, a small demon, walks through the streets at the same time as Santa Claus scaring the children who have misbehaved during the year and taking them away in his sack. Santa Claus, however, while handing out gifts to those who have behaved well. Some adults dress up as Krampus during these dates to scare the little ones.

Something similar to what happens in Austria happens in Germany. It is one of the countries where the day of Santa Claus‘ visit is different. In addition to the fact that Saint Nicholas’ means of transportation is a donkey instead of a sleigh pulled by reindeer, the night of his arrival is December 6. He usually leaves coins, chocolates, fruits and toys in children’s shoes. But as if that were not different enough, he is also accompanied by Knecht Ruprecht, who is a devil dressed in black with a big beard in charge of scolding the children who have misbehaved during the year.

The difference in temperature depending on where you are on Earth is real, and therefore, while in some cities Christmas is snow, Christmas markets, Christmas carols etc.. In Australia Christmas Day is celebrated on the beach, with a barbecue-type meal with roast meat and exchanging gifts.

One of the most impressive traditions of this country is that, on Christmas Day after Santa’s visit, an important mass is celebrated, attended by people on scooters, sleds or roller skates. Even the most central streets are closed so that people can pass through them without any difficulty celebrating Christmas.

In the 13 days before Christmas Day, 13 young people make visits to the country’s children: if they behave well, they give them presents, but if they misbehave, they give them rotten potatoes.

On the night of December 24, not only Santa is expected to arrive, but also witches and spirits. To scare them away, Norwegians hide all their brooms and even shoot into the air with pistols and shotguns in the middle of the night to prevent their arrival so that Santa Claus can successfully deliver presents to the children.

In addition to Santa Claus’ visit on December 7, what is known as «La quema del Diablo» (the burning of the Devil) takes place. It consists of setting fire to a pile of objects that are considered to bring bad luck, and on top of the mountain of things the figure of the devil is placed. When everything has been burned, they clean the house with a straw broom and sprinkle holy water to eliminate bad vibes. 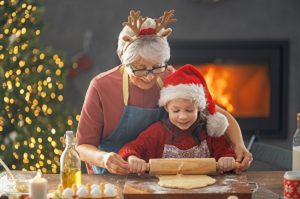 As you have seen, the world is full of different traditions before Santa’s visit, but they all share something in common: the illusion and excitement for his arrival.

If you want this Christmas to be even more special, don’t hesitate to order our personalized cards, with a special and shiny material. For more information contact us or visit our website.